Declaration of a Heretic 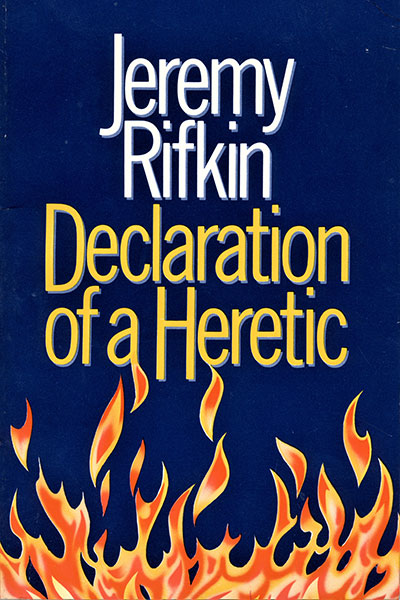 Jeremy Rifkin represents a new breed of heretic. He is best known for his opposition to genetic engineering and nuclear technology. But to the scientific and corporate elite, he stands for a far more dangerous and long-term threat. He is the man who is saying 'No' to the scientific world view and the Age of Progress.

Jeremy Rifkin has committed the ultimate heresy. He has dared to question many of the most fundamental assumptions of contemporary Western civilization. In this Declaration Rifkin at last answers his critics, explains exactly what he opposes and why, and describes the alternative world view which informs his own vision of the future.

"Jeremy Rifkin is to some biologists what Ralph Nader was to those who brought out the Corvair-trouble."