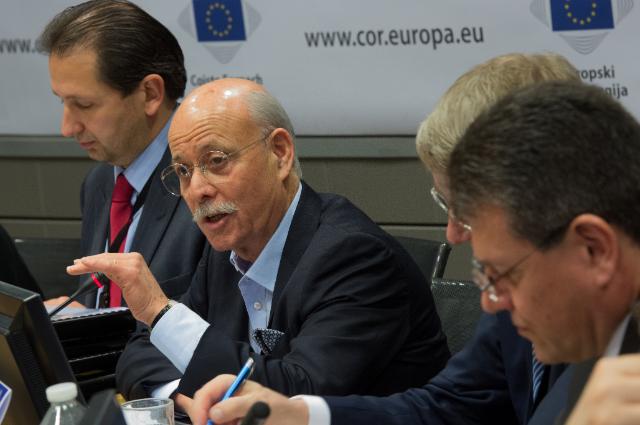 The Smart Europe Third Industrial Revolution long-term economic development plan was formally announced by Maros Sefcovic, Vice President of the European Commission, Markku Markkula, President of the Committee of the Regions, and Jeremy Rifkin on February 7th 2017. Mr. Rifkin is currently advising the European Commission on the deployment of the Smart Europe initiative and will be working with the 350 formal regions of the EU in the creation of road maps to deploy the new economic narrative and vision across Europe. The titular heads of TIR Consulting Group LLC's three test regions - Xavier Bertrand, President of Hauts-de France; Etienne Schneider, Deputy Prime Minister of Luxembourg; and Ahmed Aboutaleb, Mayor of Rotterdam - all presented the TIR initiatives in each of their jurisdictions.