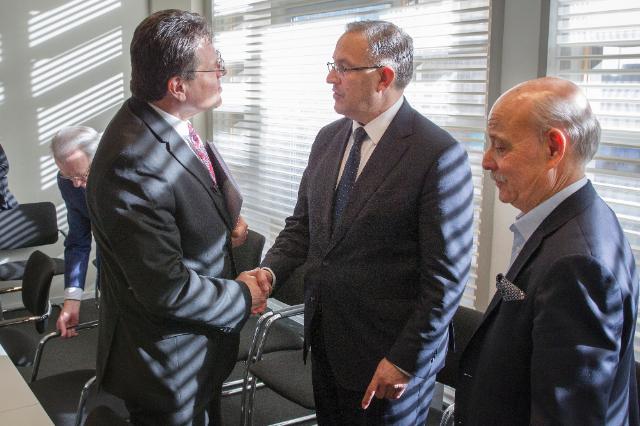 Mr. Rifkin joined with Ahmed Aboutaleb, Mayor of Rotterdam, and Maros Sefcovic, Vice President of the European Commission in Rotterdam to present the Third Industrial Revolution Strategy Study. The Metropolitan Region of Rotterdam and The Hague (MRDH), which comprises 23municipalities with a combined population of 2.3 million, has been working with TIR Consulting Group LLC over the past year in a joint project to craft an economic vision and development plan to transform this large swath of the Netherlands into a Third Industrial Revolution. This collaborative effort has resulted in a 152,000 word Roadmap Next Economy report to make this extended metropolitan region a pioneer in the build out of a smart Digital Europe.